On September 1, 2025 (on the date: 86 years after the beginning and 80 years of the end of World War II), a peace procession starts to move towards Jerusalem:
From Germany, with European support, a peace bell is transported to the Holy Land by horse power.

This bell was cast in Brück on June 6, 2020 (in Brandenburg) with military scrap (grenade and cartridge cases). The word “ peace” is inscribed on the bell in many languages and the verse of the Bible: „Make every effort to live in peace with all men.“
The story:

It all started in 2009 when a group of historically interested horse lovers from Brück in “Fläming” thought about this settlement and under the leadership of the Haseloff family and the association „Titans of the Racecourse“ (Titanen der Rennbahn) moved, with historical horse-drawn carriages, pulled by strong draft horses, over a few weeks and 1,200 kilometers from Bruges in Belgium to Brück. The route led along the „Hellweg“, an old trade route that does not end in Brück.

So it happened that in 2018 a trek „Titans on Tour“ started again from Brück, which this time was supposed to bring a „peace bell“ from Brück to the old Russian capital Veliky Novgorod: 100 years after the end of the First World War, people and horses brought a „peace bell“ to the city, which was destroyed by Germans in 1943.

On the 3-month journey there, along the route through Berlin, Poland, the erstwhile Königsberg area, through Latvia, Estonia and Lithuania and finally through Russia, there were always warm, personal encounters with the residents of the areas traveled through. The mission was popular diplomacy: Peace and international understanding without politics – from person to person.

Often the interest in the horses, the handing over of a bell and a piece of bread that one ate together was the basis of communication.
These positive experiences led to the question: What are the next steps?

So the idea arose to bring another peace bell with horses to Jerusalem in 2025, the city whose name means peace. The association „Friedensglocken e.V.“ was founded on November 9, 2019 for this purpose.

„We are Europe – horses bring peace“ is the call that a common Europe, despite all the adversities of the times, will endure and a peaceful future. A future in which each individual person and every country we are going through can, may and must help build, especially since it is their own.

With the tour we want to set international messages and human signs that create the opportunity to come into contact with one another: against ignorance, rejection and incomprehension – for a valuable, free and reconciled Europe, „Make every effort to live in peace with all men“. We want to utilise the opportunity public offered to us to strengthen the idea of peace.
Europe is a community of values based on fundamental and human rights. This includes reflecting together on European history and the lessons learned from it. The European Union has a historical responsibility to preserve peace in Europe, to enforce democracy and human rights.

We want to talk to many people on the way across Europe, experience of daily life and make new friendships.

International participation by riders and carriages, as a kind of escort through their country, is very welcome!

On our route through the countries from Germany to Israel – Czech Republic, Austria, Slovakia, Hungary, Romania, Bulgaria, Turkey, Syria and Jordan – we need good advice, a lot of money and persistent prayers so that the route of the Peace Bell can be realized.

Considering the political circumstances, concrete planning is challenging (as of October 2020).

The Bell Carriage is permanently accompanied by at least two other carriages – these three are to reach Jerusalem (eight draught animals, round 12 persons). More carriages will reinforce the route in stages.

There are also supply and luggage cars for people and animals, track and security vehicles, horse trailers with reserve carriages, ambulance car….
The procession is scheduled to start in Germany in autumn 2025 and arrive in Jerusalem at Easter 2026.

For the distance of approx. 4000 kilometers with stages of 25 km each, enquiries and preliminary discussions will begin in 2021. Trek planners and horse experts inspect the route and contact local authorities and potential hosts, clarify the national requirements for people and animals to transit and present the results to the route management and interested parties.

The recruitment of supporters and multipliers at national and international level begins now. Potential donors of monetary and material donations should be addressed. Communication and media work must be carried out permanently, also in order to cover the period up to 2025-2026. Carriages and driver/co-driver are prepared, trained and instructed. …. This will be done, for example, by means of three-week journeys in 2021 (August 06.-29), 2022, 2023 and 2024.

Based on the experience of the Russia trip, we have estimated a financial requirement of approximately 1,3 million euros. 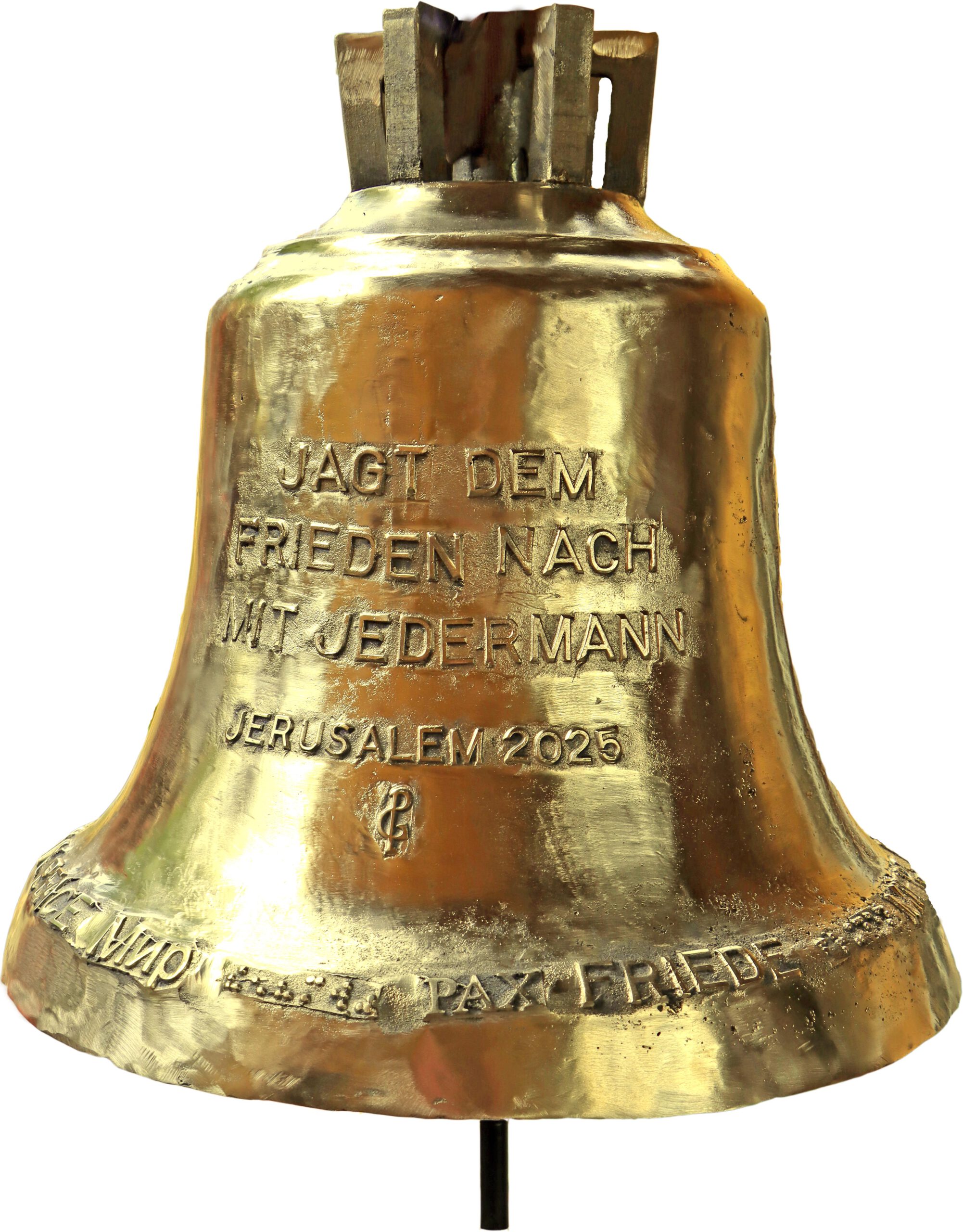